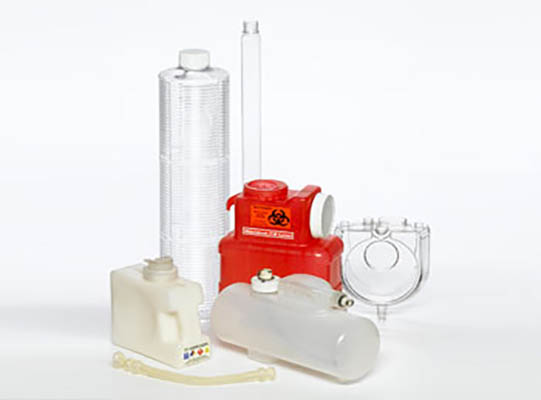 Melvin O’Leary, president and CEO of Meredith Springfield, an extrusion blow molder of bottles and hollow objects, in Agawan, Mass., knew there had to be a more efficient way to track and store business data rather than in numerous Microsoft Corp.’s Excel spreadsheets.

And so in May 2005 the firm bid farewell to Excel in favour of Montreal-based CyFrame’s ePlant enterprise resource planning (ERP) software, which allows them to aggregate data previously stored in numerous spreadsheets into one Oracle Corp. database.

“The big goal I had for us was to take as much human interaction out of the compilation and management of the data as we possibly could,” O’Leary said. “We are really using the software to control order management through our business and to enable us to provide real-time production and financial measurements right down to the people on the shop floor,” he said.

Prior to implementing CyFrame, Meredith Springfield stored data in numerous parallel Excel spreadsheets. Separate spreadsheets were used to keep track of each aspect of the company’s business — tracking orders, tracking shop floor data, monitoring inventory, generating packing lists and shipping bills of lading, another for accounts receivable. And after it received payment for a job, it used another spreadsheet as a general ledger.

“The maintenance of the Excel spreadsheets to get the information we wanted became too labour intensive and required too many clerical personnel,” O’Leary explained. “And because there was so much human interaction with the information, it was often not as accurate as it could have been.

“Now, when we input an order, an order number follows the entire job through the plant; ePlant automatically prints a packing list, a shipping bill of lading, updates accounts receivable and the general ledger without any manual input except for bar coding the shipment,” he continued.

This can be accomplished because ePlant allows data to be aggregated into a single Oracle database. Aggregating the data improves accuracy because there are no longer multiple versions and human interaction has been minimized.

Plus, Meredith Springfield eliminated US$300,000 in payroll costs by removing the onerous, time-consuming tasks of inputting and maintaining data in numerous spreadsheets, O’Leary noted.

Prior to ePlant, reports based on information stored in Excel did not provide the most accurate measure of business performance either, he added. It was not uncommon, for example, for a problem to go unnoticed until someone had time to input the manufacturing data into Excel and crunch the numbers, by which point the opportunity to rectify the problem would have been long gone, he said. And when data was finally collected and turned into a report, it was often too late to make a difference.

Now, however, “the pyramid [of information] has been tipped upside down,” O’Leary explained. Reports are more accurate because there are no longer multiple versions of data, and the human interaction has been minimized. Every day, machine performance.

And because the data is updated in real-time, Meredith Springfield can make business decisions based on the most recent information. “We feel better able to manage our business because we’re getting real-time financial performance measurements that help us make rapid changes,” O’Leary said. “We don’t have to wait until the end of the month to see how we’re doing. Our supervisors know all the time how they’re producing; the awareness has been brought down to the machine level.” Machine operators now know to make noise if something is awry, O’Leary continued.

Additionally, since ePlant aggregates and stores data not only about manufacturing processes, but inventory, purchasing, ordering, materials procurement, and financials, to name a few, it allows Meredith Springfield to put a dollar value on each part of the manufacturing and supplying process.

But this wasn’t a project Meredith Springfield jumped into overnight, O’Leary noted.

“Actual implementation was after months of preparation and years of research,” he said.

First, the company looked at the large general ERP programs from the likes of SAP AG and IBM Corp. and automatically discounted because they were not only too expensive, but far too general for extrusion blow molding, O’Leary said.

Second, Meredith Springfield set a budget of US$200,000 for the entire project including hardware, software, licensing and training.

Third, the firm looked at general ERP programs that fit within its price range but found these programs didn’t understand plastics processing, such as the various measurements Meredith Springfield needed, production standards and efficiencies, uptime and downtime, for example.

“These were non-existent concepts in some packages that we saw,” he explained. “We almost would have been starting from scratch in a fully customized program.”

That’s when it turned its attention to plastics specific programs. After narrowing it down to three — O’Leary didn’t want to name the other two — it eventually chose CyFrame because the company demonstrated interest in the information management concept it wanted. And it agreed to partner with Meredith Springfield to customize the system for its specific needs.

But the biggest challenge wasn’t procurement or implementation, it was getting the workers on the shop floor, who were not largely computer literate, to adopt the technology, O’Leary said.

“The first time we began implementation we had actual PCs with keyboards, a mouse, monitors and barcode readers, and they had to go through a series of keystrokes, mouse-clicks and bar-codes to input production information,” he said.

This was not well-received by the workers so Meredith Springfield pulled everything off the floor, consulted with CyFrame and reconfigured the system using thin-clients, touch-screen monitors and barcode readers — a much simpler system.

“This was almost an immediate success,” he said. And O’Leary considers the entire project successful. So far, the firm has implemented about 80 per cent of the system, and plans to have it fully implemented in early 2007. Plus the project stayed within budget, he said.

“We’ve reduced labour to get the same information and the information is received more quickly and is more accurate,” he explained.